Mehiläinen is a well-known and highly valued private provider of social and healthcare services, operating in Finland and abroad.

Mehiläinen’s mission is to improve health and well-being together.

All our activities are guided by strong values and a customer-oriented corporate culture. Our values are:

Mehiläinen’s profitable growth continued strongly in 2021. This made it possible to invest heavily in quality and operational development during the year. The company also launched an international expansion.

- Although the COVID-19 pandemic has not yet been overcome, the economy is back on track. Positive economic development and the delayed care due to COVID-19 pandemic were reflected in strong domestic demand for our services. In addition to the strong growth in Finland and new therapy services, international operations grew in revenue, says Mehiläinen CEO Janne-Olli Järvenpää.

In 2021, Mehiläinen employed a total of over 29,000 employees and private practitioners. Our full-time staff grew by 19.2 percent from the previous year, with an average of 11,281 employees.

Round key figures from 2021

In order to grow and develop while maintaining a high standard of service, Mehiläinen needs competent, committed professionals. The professionals employed by Mehiläinen in a variety of jobs have a broad educational background. The youngest employees are under 20 years old, while the most experienced are in their 70s.

It is important for us to continuously develop our personnel’s competence. Most of the training provided by Mehiläinen is further or continuing vocational education or other professional training. 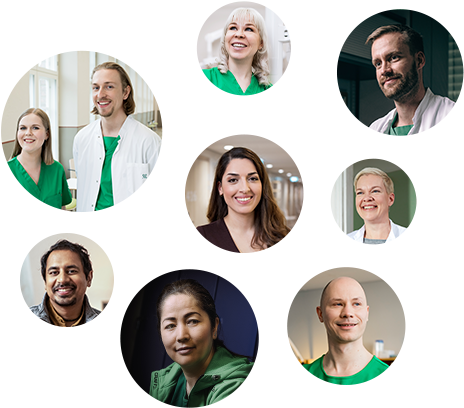 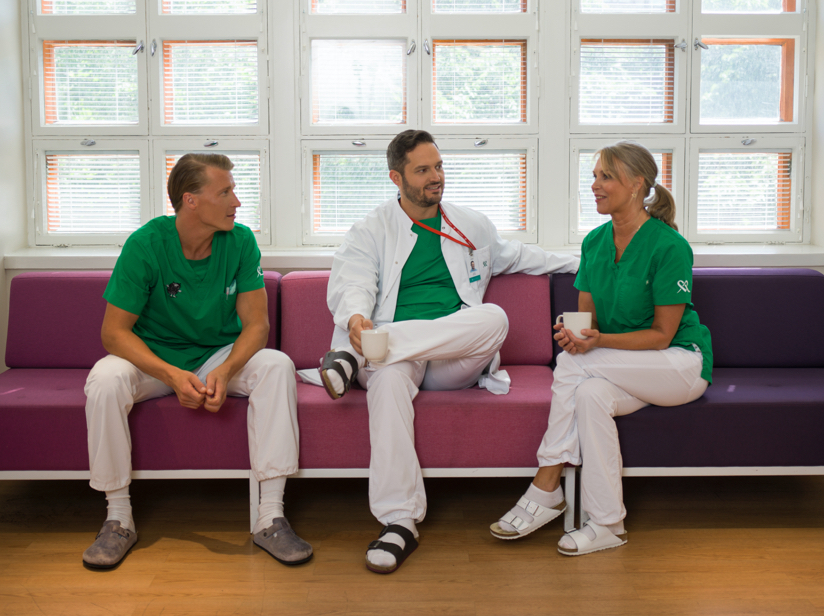 Our work community is multifarious with respect to job descriptions and diversity of the personnel.

Mehiläinen is a broad-minded employer and treats its staff equally – this is also what our employees say. We want to be a work community in which differences between people and the associated strengths are appreciated. We want to ensure a good employee experience every day.

One of Finland’s largest employers

In 2021, Mehiläinen employed a total of over 29,000 employees and private practitioners. Our full-time staff grew by 19.3 percent from the previous year, with an average of 11,300 employees.

The need for social and health care professionals will increase significantly within the next few years. This means that recruitment will become more challenging, which can also be seen in Mehiläinen’s operating environment. As a large, rapidly growing operator, Mehiläinen is excellently positioned to offer good jobs for professionals. We will continue to develop further training, coaching, internal career path opportunities and different feedback channels.

The basis of the operations and development of Mehiläinen lies in its long history. Having more than a hundred years of experience has formed the solid foundation of our expertise.

Development in the 20th century

But then the mother of Lemminkäinen spoke to the bee, lord of all the forest flowers, to gather honey from the blooming herbs and grasses. The bee “flew away o'er seven oceans” to find medicine and came back with “seven vessels, seven, the vessels on each shoulder; all were filled with honey-balsam, with the balm of magic virtues.” Lemminkäinen is then recovered from the “depths of slumber”.

In the 1930s, Mehiläinen moved to new premises in Töölö, where it has remained to this day. The new and impressive light green building was the centre of attention. The location in the modern, quiet and leafy area of Töölö also received a welcoming response. After just over ten years, the hospital was used as a war hospital by the Finnish Red Cross, and it was damaged in the bombings of Helsinki.

The following decades saw changes which had an impact on the medical centre’s operations, such as the beginning of group appointments and the new Health Insurance Act, which allowed the reimbursement of treatment and examination costs.

Expansion in the 21st century

In the early 21st century, Mehiläinen began its expansion into a national operator. The merger with the Turku-based Tohtoritalo was the first step outside the Helsinki Metropolitan Area. In the following years, the service chain stretched across the country after several acquisitions.

Mediverkko was founded in 2002 by Toni Jäntti, Janne-Olli Järvenpää, Antti Marttila and Carlo Meloni to find a solution to the doctor shortage in Finnish municipalities. In its first years, the company focused on providing on-call services and medical locums. After 2006, Mediverkko quickly began to grow into a national service provider in elderly care services, child welfare services, and dental care services.

Mehiläinen and Mediverkko merged in 2015, becoming the quality leader of the Finnish health and welfare sector.

Pioneer in the industry

Mehiläinen has become a leader in quality and a pioneer in social services as well as in both private and public health care services. Digital technology has also become a permanent part of the services of Mehiläinen and health care in general. As in the past, the most central objective of Mehiläinen is to provide the best possible care for everyone.