Read more about the health impacts.

Most of the ovarian tumors are benign and women of all ages have them. These kinds of tumors can be left untreated as they will disappear on their own. The occurrence of ovarian cancer increases with age and the highest occurrence is in women of 60 to 69 years. It is important to distinguish between functional cysts and actual tumors.

Functional ovarian cysts, which are fluid-filled sacs can be developed in the ovaries when a woman is in the fertile age. These are follicles filled with liquid, which haven’t burst and can grow to be even 5 to 6 centimeters. Normally these follicles disappear during the following cycle of menstruation. The corpus luteum, a yellow hormone secreting body can also form into a cyst filled with bloody fluid. These cysts, which go away on their own are found on 5 to 10% of women who are in the childbearing age and 3 to 15% of women who are in the menopause age. The cysts are often found while doing a gynecological ultrasound examination.

Symptoms of an ovarian cyst

Usually an ovarian tumor doesn’t cause any symptoms in the beginning. Some of the tumors release female hormones, which cause unusual discharge or bleeding. The symptoms start showing up as the tumor gets bigger. In these cases, the tumor causes pain, bloating and a feeling of pressure. It can also weigh on the intestines and the bladder. If the cyst bursts, increasing pain may start suddenly. The cyst can also twist and this will cause a strong feeling of pain.

When to the doctor?

A single, passing twinge or a feeling of pain in the lower abdomen does not require an immediate visit to the doctor. Recurring twinges or when the symptoms mentioned above (bloated stomach, difficulty urinating or defecating, unusual discharge/bleeding) show up, a transvaginal ultrasound examination should be done during a gynecological checkup. Further examinations and treatments are determined based on the ultrasound. An estimation of the quality of the cyst, meaning determining whether if it’s benign or not will be made based on the examination.

The treatment for functional cysts is simply monitoring the cyst through ultrasounds. If the size of the cyst is under 5 centimeters or equivalently under 3 centimeters with women in menopause, the cyst does not even need to be monitored. Some of the patients are prescribed hormonal treatment, for example birth control pills.

Surgery is needed if the cyst causes symptoms, blood tests show an elevated tumor marker level and the monitoring has determined the cyst growing. Ovarian tumors are usually removed with endoscopic surgery, so that healthy and normal ovarian tissue can be preserved. The extent of the surgery depends on the type of tumor. 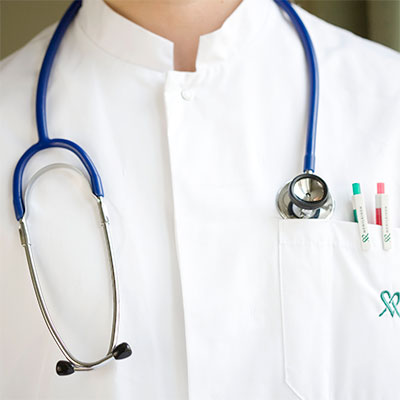